How to Spot a Fake Rolex

Rolex is a name that epitomizes elegance, beauty, and everything in between. But its reputation comes with a bit of a downside: there are fakes out there that can ruin your watch collecting experience, especially if you’re looking to buy, say, your first Rolex yacht master.

The good news is that you can avoid counterfeits out there by taking note of a couple of things. Some of the most notable ones are elaborated below. Read on for details. 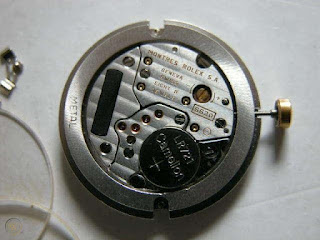 Quartz dial movements are giveaways when it comes to spotting fakes. Genuine Rolex comes with smooth second-hand movements while cheap, counterfeit ones stutter. If you cannot differentiate stutters between smooth ones, listen closely. There is usually no ticking noise that comes out of genuine Rolex timepieces. 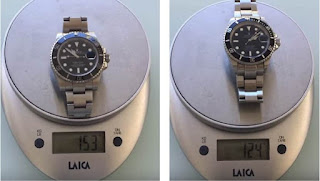 The weight of a Rolex is another factor that differentiates a fake from a genuine one. A lot of times, fake Rolexes are usually lighter, while real ones weigh a lot more since they are made of high-quality metals. 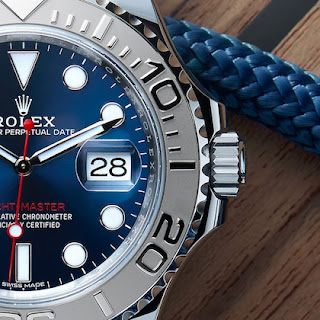 If a retailer is claiming that he or she is selling a real Rolex, you need to take an extensive look at the case back. Aside from the Rolex Sea-Dweller and a couple of Rolex watches that were manufactured in the ‘30s, all genuine Rolex watches come with a smooth metal case back.

If you are buying a Rolex yacht master and notice that the watch comes with a clear backside; then, it’s probably a counterfeit. The company believes that their watches should exude refinement and a smooth polishing watch case back is a good start. Because of this, they don’t utilize see-through glass in the said portion, but make a point to use a stunning smooth finishing. 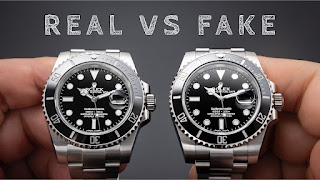 Counterfeiters cannot deliver the level of craftsmanship that Rolex employs. In line with this, it’s important to note that the company included a small crown-etching that’s located at the 6 o’clock position. It’s complemented by a bigger crown etching to create a distinction for the user. The etching is extremely small and may require a magnifying glass to spot. Counterfeit Rolexes either don’t come with a crown etching or a poorly crafted one.

In addition, the etching is too tiny to spot in the first place. One would require a magnifying glass just to spot it. 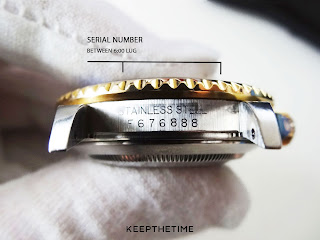 Every single timepiece in the Rolex production comes with an authentic serial number. Regardless if it’s a Rolex Yacht Master, Oyster Perpetual, Explorer, or Submariner, it’s going to have a serial number. Even though a counterfeiter can copy the serial number, the quality as well as precision cannot be copied.

In contrast, an “etched” serial number is an indication that it’s a fake account. If you find something with this, don’t continue your purchase because it’s obviously not going to be worth it.

If you want to obtain the genuine Rolex watch that you’ve always wanted, then the tips and pointers above are beneficial in so many ways. And it can be simplified if you are only going to purchase your Rolex Yacht Master, Oyster Perpetual, or whatever Rolex that you yearn for from a legit retailer that is backed by a long history of customer satisfaction, exceptional sales, and so on.

Posted by Allen Madzen at 9:26 PM No comments:

Is It Worth Marketing Crypto?

As an entrepreneur, budgeting is one of the biggest balancing acts you have to deal with when starting a new venture. The same is true if your venture involves digital currencies. With all businesses, marketing plays a big part in establishing your presence in the market, but when you’re just starting out, it feels hard to justify the cost. 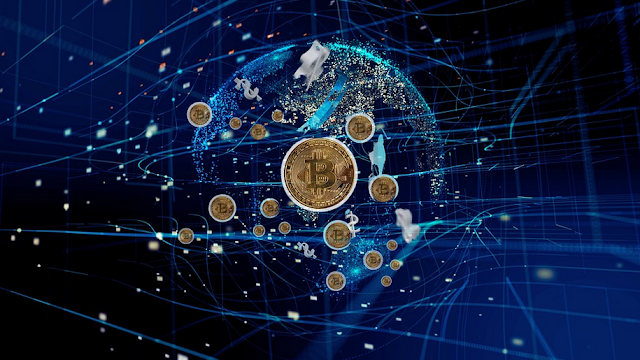 Let’s take a look at two reasons crypto marketing is an important part of your business strategy:

You Build a Community

No business survives without clients. There are two kinds of clients to think about: new and returning ones. You can get a handful of new customers at first, but what’s important is to keep them returning. When they return, this means they are satisfied with what you offer, and when they are satisfied, they might even recommend you to their peers. This then creates new customers for your business–a feat that will be hard to achieve without a blockchain marketing agency.

Building your virtual asset service provider platform requires resources. If you are building from scratch, there are a lot of costs involved in the technology as well as the product development. You can get a huge portion of your funding from investors, but first, they have to know about your business.

That will be hard to do without marketing, since it means peddling your business to them individually. A viral campaign that puts you on the map can easily change this so that investors will be the ones knocking at your door. While this doesn’t mean instant success, this at least means you’ll have the funding you need to get the initial phase started.

It might be a huge cost to consider at first, but with the many benefits it can provide your business, marketing is a worthy investment. Of course, to make sure you achieve your goals, it’s important that you choose the right marketing agency to work with.

Posted by Allen Madzen at 1:46 AM No comments:

People tend to show their love, appreciation, and compassion when celebrating occasions such as birthdays and anniversaries. There are, however, those who prefer to give gifts on random instances to show their affection towards another person. One of the reasons is having the knowledge of how short life can be and making the most out of it.

People may possibly have more time to spend their lives together and show more appreciation to each other. With some people having gifts as their love language, these people tend to feel loved mostly when they can receive tokens of affection from their loved ones.

Here are some ideas of what to give a special someone to show love and appreciation.

A perfume can be one of the best gifts someone can get. This is because the scent will remind them of the special connection you have with one another. The receiver of the gift will tend to correlate their loved one to the scent and will surely seek comfort in knowing that the presence of their loved one is close to them.

Jewelry has been one of the most iconic gifts of all time. There is a wide range of jewelries available for every budget. Pure silver bracelets for women are one of the most haves for gifts on a budget but can give off love and commemoration. In addition, with proper care and handling, it will even surpass a lifetime. This is perfect for those seeking for gifts to solidify a lifetime of love.

Nothing beats a meal made by a very special someone. The effort of creating something for the person you love as well as the magic of surprising them with a gift will truly work wonders in any kind of relationship.

Posted by Allen Madzen at 3:51 AM No comments:

Coworking Spaces During the Pandemic

The pandemic has affected the economy of most count

ries across the globe. With this, even coworking spaces are affected due to the urgent need to stay at home. However, with the rollout of vaccines slowly increasing, it is expected that coworking spaces will be back on track. It is expected that they should focus on improving their facilities, upgrading the quality of their building, and improving their market presence in order to achieve growth. This means that there might be new upgrades to look forward to the next time a coworking space is encountered. This is intriguing and exciting.

Considering Coworking Spaces with the Onslaught Of The Pandemic

With the pandemic affecting a company, coworking spaces may help in reducing the cost allotted for regular office spaces. In addition, it might even be a nice change for employees to avoid the cabin fever brought by the pandemic. With this, a hybrid workplace may work for the wellbeing of the employees as well as the company. In addition, If you need a printer and you are in a work from home setup, it can be quite a pain. With this, technologies are readily available in coworking spaces. It can also be a means of improving the technological transformation of a company by making use of the technology in a coworking space.

Despite the decrease in the market of coworking spaces, a brighter side is seen. This can be a moment of modernizing what is currently available and to further improve the service being given to constituents. With this, take the leap in Hong Kong and rent a coworking space.

Posted by Allen Madzen at 8:23 PM No comments:

The History of Co-Working Spaces

Co-working goes way back probably even before people were aware of what co-working is. There were books published in 1628 that praised coworking. However, formally, the history of co-working started from hackers.

In Berlin, a group of hackers called C-base gathered to exchange ideas and codes. With this, they offer a physical location where people with the same mindset can meet together and work together.

In 1999, Bernard DeKoven, a video game designer, coined the word “coworking”. He preferred a non-competitive environment for workers to gather compared of the usual office politics in a company.

Austrian entrepreneurs established the first coworking space in the world. It was in an old factory in Vienna. They named it Schraubenfabrik, which was the first ever communal place for entrepreneurs.

The term “coworking” was seen on Google’s database. This means that people who search for coworking has massively increased during 2007.

The very first #CoworkingDay was celebrated to honor the very first time a coworking place has opened its doors in 2005.

In 2012, more than 2000 coworking spaces are available globally. In addition, it is also the same year where 93,000 tweets used the hashtag #coworking.

In 2013, there are about 3000 coworking spaces that opened worldwide. In addition, more than 100,000 people have been working at these coworking spaces. Moreover, the very first health insurance plan for coworking spaces was launched in the same year at Ontario, Canada.

Posted by Allen Madzen at 8:23 PM No comments:

UK Parent Blogs from the Tots100